I promise that I’ll blog about Inauguration. Many people have asked about it and why I haven’t done it yet, and my only excuse is that I’ve been incredibly busy. So busy that it feels like we’ve planned for 2009 and it has already past. Have you ever had that feeling? You plan so much for the upcoming year that January is suddenly over and you feel panic to get it all done. Yes, that is the feeling.

However, I’d like to take a break before I create the Inauguration-blogs (with pics, dear web friends), to talk about last weekend. On Friday, Anna facebooked me to let me know that her and her amazing guitar playin hubby would be in Hampton, VA. I quickly flew to Google Maps to realize that it was only 3 hours away. I am the queen of the roadtrip… I love them SO much and haven’t had one in forever.

Those who don’t know Anna probably need to understand her awesomeness. I knew Anna and Justin at K-State through Christian Challenge. We all knew what was going on in each others’ lives, but were never super close. When I moved to Nashville for summer 2007, I was able to hang out a lot with her. I love her.. I think she is incredible.

That said, I happily raced out of the District to see my friends. Justin is playing for an up-and-coming Country sensation Whitney Duncan. She is so sweet and has an amazing voice. As a singer/songwriter, she rocks out and really cares about her band, how everyone is doing, how it sounds, and all the aspects of being in the business. She has an EP out on iTunes now, and her full album releases in April. Check it out, people… I HIGHLY recommend it. 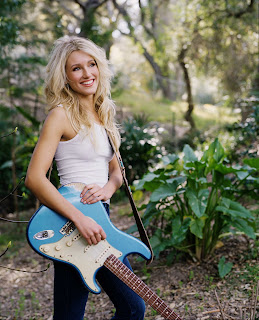 So, Anna and I saw the show, caught up a bit, hung out with the band, and went out to eat with everyone. It was so much fun to see all of them, but especially to catch up with Anna. Apparently, I missed the fun on the bus afterward, but I was sooooo tired and had to drive home. The only bummer of the whole thing was that I forgot my camera. Anna and I have nothing but our blogs to document the visit.

Thanks Anna and Justin!! I had a blast. Everyone, check out Whitney on iTunes or WhitneyDuncan.com!!!!