All gussied up with out the boots… Inauguration part 1

Ok, it is about time I recap the inauguration weekend. As scaffolding was built and roads were being blocked weeks ahead of the big day, Washingtonians became uneasy. City officials projected a record turn out, giving statistics such as one bathroom for 6,000 people. My friends and I discussed how we didn’t want to be here and I started making plans to fly as far away from the District as possible. The plans fell through and I realized that I had two options: make the most of the weekend or hibernate. 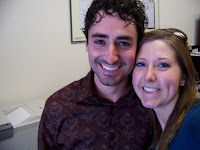 I’m the “make the most of it” kinda girl, so I started trying to figure out plans. They all fell into place, starting with the Texas State Society’s Black Tie and Boots inaugural ball. The day started with my three hour long attempt to pick up my tickets. All of the Congressional offices opened their doors on MLK day to hand out tickets. I figured it would be a good time to see my friend Josh Lewis and hang out for a while. So, I waited in line for an hour and then hung out with him for a few.

Seeing that this was as good a time as any, I decided to take pics in front of the Capitol before the craziness. 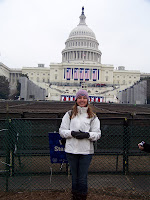 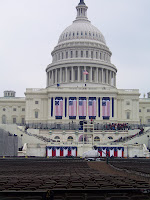 I rushed home and attempted to put myself together for the ball. This was always the one that the Bushs loved, but no one from the family showed up. Our entire bible study volunteered at the media table, so we all got in free and were able to enjoy the show. The best part were the dresses and people watching. Cowboy boots and formal dresses… I’m not kidding. We had a fabulous time dancing and holding a running fashion commentary (“did you see that dress with those cowboy boots? Oh my…”) 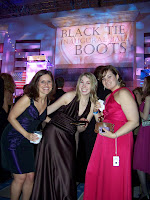 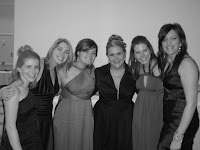 Neal McCoy sang the national anthem, and Jack Ingram rocked out all night. Denzel Washington even showed up! 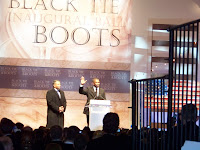 It was an amazing experience for my first Inaugural ball. More to come about Inauguration day…