We interrupt your regularly scheduled program to bring you breaking news: Amy tried out for the American Idol Experience. Yes folks, she stepped out of her comfort zone.

All kidding aside, I really did “try out” at Disney’s Hollywood Studios while on vacation with my parents and boyfriend. It was supposed to be a low-key day, but I was in voice coaching, auditions, and hair and makeup for most of the day. Let me tell you – the ultimate adrenaline rush! (So much better than Tower of Terror, although Aerosmith’s Rock and Roll Rollercoaster will always hold a special place in my heart).

The reason I bring it up on this blog is that it was a great way to engage thousands of people each day with the American Idol brand! After auditioning and in rehearsal for half a day, I saw the American Idol logo countless times. People come to the park just to audition for that show, mostly because they thought they would be able to be on the real American Idol. The plan: if you win the finale of all 5 shows, you win the “golden ticket” to the front of the line of an American Idol audition. For me, that was the best incentive.

They even had great public relations built in within the park and its own show. After I was selected for the 4pm show, they had me film a 90 second intro segment and run around the park, promoting American Idol. Each of the 5 shows held 1000 people in the auditorium and allowed them to be a part of the experience, by taping them beforehand or letting them vote. I was incredibly impressed with how savvy they were with clearly messaging a successful brand.

For those who are wondering, no, I didn’t make it to the finale. An off-pitch 15 year old beat me with Train’s “Drops of Jupiter” – not that I’m bitter at all. I mean, come on, Pat Benatar beats Train any day. But, for me, it was all about the experience. 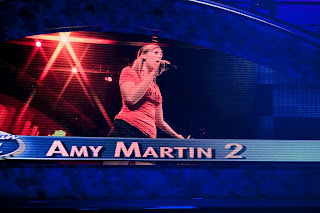 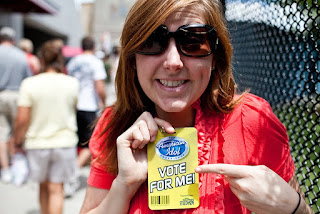 Photos courtesy of Dave Kugler. You can find his work here and here