Chances are, you live by a Starbucks. If you’re anything like me, you pass 3 coffee locations on the way to work, and they probably have a green logo. Starbucks is a household name for those of us who love to consume “legally addictive stimulants” (a.k.a. a grande, triple shot, non-fat, sugar-free, vanilla latte).

Their stature as one of the premier coffeehouses allows them to take a socially responsible stand like no other. Starbucks publishes a yearly global responsibility report and has done so longer than many companies have thought of ways to give back on a larger scale. When Starbucks joined forces with (Product) RED in Oct. 2008, it seems that buzz has continued to grow about their contributions to the community. 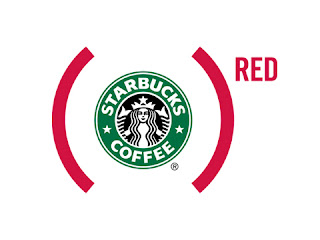 Then, the company started talking about LOVE. Starbucks isn’t a stranger to creating music, as they do so through their Hear Music initiative. But, instead of selling albums of award-winning singers and songwriters for their own profit, they sold a CD to donate proceeds to (Product) RED and The Global Fund. And they invited their customers to join in the effort.

Coinciding with World Aids Day this year, Starbucks asked their loyal customers to help fight AIDS with their voices. People were encouraged to sing the Beatles’ hit song “All You Need is Love” and join the song around the world. They tweeted about the effort beforehand and publicized through their Facebook page. Followers could also track the map of all the other LOVE entries.

Alright , PR practitioners, I have to ask the question: Is this marketing or PR? The lines right now in the industry are becoming so blurred. On the subject of Starbucks and (Product) RED, how successful was the LOVE campaign? Were you aware of the initiative or did you pass it by during your morning tall americano run?